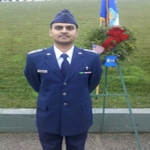 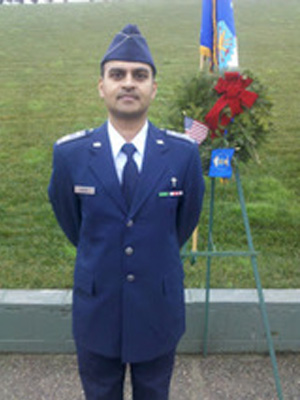 On Saturday, 11 December 2010 at 9 am, 2d Lt David Dunham, 2d Lt Pat Bitz and I attended the “Wreaths Across America” event at Golden Gate National Cemetery in San Bruno, California. It was an outstanding event that I plan to participate in annually for the rest of my life; I recommend the same for each and every one of you too. The motto of it is “Remember, Honor and Teach”. It is profoundly simple, yet just as profoundly important a slogan. I believe that it is our civic responsibility as Americans to uphold this concept. Sadly, often we as Americans forget and take for granted that the day-to-day liberties and freedoms we have, came with incredible sacrifice against some of the most remarkable stresses of human peril which history has ever known.  While there are numerous movies that tell the narrative about our past military battles, no one more than “Band of Brothers” do I recommend to be used for instructive purposes related to this. Here is more information about “Wreaths Across America” - www.wreathsacrossamerica.org

Specifically, Civil Air Patrol was recognized alongside the other branches that defend America ranging from the Coast Guard to the four major military branches - Army, Navy, Marines and Air Force.  Our dear and ill-fated POW/MIA dedication was memorable just as well.  Apparently there are nearly 94,000 of our brave citizen soldiers whom remain unaccounted for which is an incredible thing to ponder much less have quantified and know.  Also in attendance were the “Sons of the American Legion” which was quite a delight to see and to learn about them.  Here is their website: www.sal.legion.org

It was impressive to see veterans from WWII, the Korean War, the Vietnam War, the Persian Gulf War and others in attendance.  While there were only approximately 100-150 in total attendance, the spirit of whom and what they represented was extremely palpable; loved ones, widows, and others touched deeply upon the service of those who gave it all so we and future generations could be free.

Back to the slogan - Honor Guard

Remember:  It is important we always remember those who sacrificed so much so we could live in the best nation and society on earth, wherein we can worship however we deem fit, have the right to vote, freedom of speech, live in safety and prosperity, have limitless potential, the freedom to purchase a home, and to travel within our great nation to every corner upon our pleasing.  The principals of a secular, democratic republic such as ours is much more rare than we would think when compared to the rest of the world, most especially wherein ethnic origin, pedigree, religion, cast nor creed make any one of us any more or less American than the next.  That truly is an incredible story so uniquely American that we ought to all be proud of.  If not for those who made it possible to be able to espouse these virtues that make us as America which still to this day is the unmistakable envy of the world and still the most desirable destination on the planet, we would be remiss to not remember these incredible Americans in this fashion at least.  America remains a beacon of hope, freedom, democracy and fairness the world over; something even those who wish America doom well acknowledge.  Such was not accomplished without unimaginable sacrifice and it is critical these brave Americans never be forgotten; for a nation that forgets its past heroes will itself be forgotten.

Honor:  By attending “Wreaths Across America” and spreading the word about it, we pay both honor and homage to these fallen soldiers and veterans.  It is important that we never miss attending and we thank our veterans for their service and deeply personal sacrifices.  It is time well spent to personally thank each veteran and active duty member of our service that we come across in our lives, and it is nothing short of our duty to do so.

Teach:  Above all it is our fiduciary calling, duty and responsibility to teach people of all walks of lives and ages, but most especially our children about what the service of our past generations has meant, still means and will forever mean whenever we get the chance; all the while understanding that someday in the future it maybe any one of us at any given time that it falls upon to make a similar sacrifice for our way of life, and preserving liberty, honor and dignity for America - The greatest nation on earth that has done more to liberate people, give generous humanitarian aid, restore human dignity, and volunteer in the face of incomprehensible risk and danger.  Our past success to make the world a better place should never be over looked, taken for granted, mistaken, ridiculed, chastised or undervalued.   The resolve of America to fight fascism, communism, racism, the Nazi menace, human rights violations and terrorism are unmatched and unparalleled on earth and we need to teach that, preserve it, and be an active part of what constitutes quite literally being “The Good Guys”.

The entire ceremony was touching, factually accurate, and concise - All done within 1.5 hours.  All the words in the world can never describe it; please attend in future and you will be glad you did.