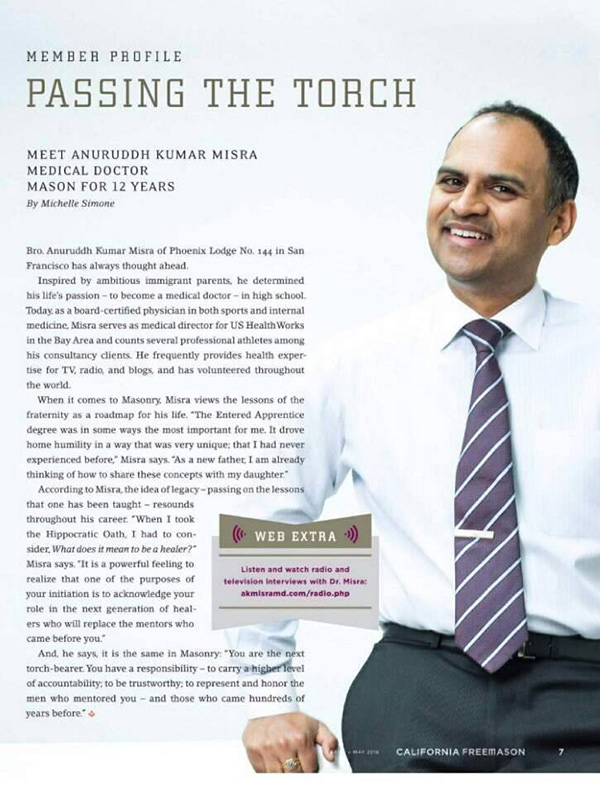 Dr. Misra as featured in 'California Freemason', May 2016

Click on the thumbnails for enlarged view.
Request An AppointmentFeel free to reach me 24/7/365 through the "Contact"
Call